Chinese ports, including Hong Kong, recorded total container throughput growth of 4.4% to reach 261.25 Mteu in 2019, indicating that the China-US trade war eventually did not drag down container volumes in the country. A total of 32 ports recorded over 1 Mteu of container throughput. Of these, 28 reported year-in-year gains over 2018 and only four ports suffered volume declines. Growth was spread unevenly across the main ports, with Shanghai and Ningbo in Central China recording a healthy combined growth of 3.6%.
CSAV has emerged as Hapag-Lloyd’s largest shareholder after acquiring shares in the German liner operator that lifted its stake to 30%. The Chilean company’s stake now exceeds that of logistics tycoon Klaus-Michael Kuhne whose shareholding was last reported to be 29.6%, according to Alphaliner. 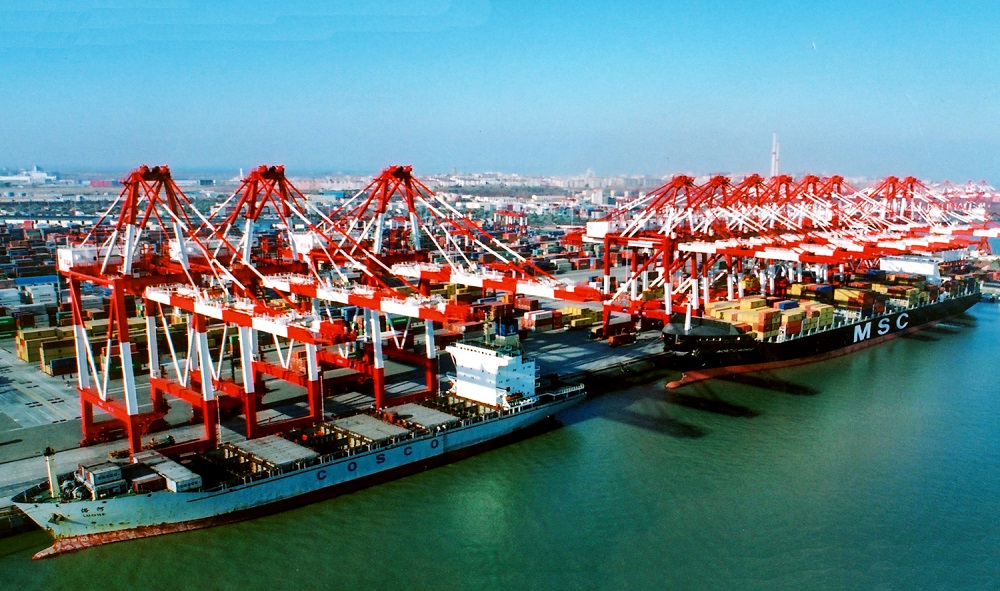 Pioneering Compagnie Maritime Belge (CMB), which turned 125 on Friday, is set to become the first shipping line in the world to be net zero. CMB has announced all its carbon emissions will be offset starting this year, and long term the company, a leader in hydrogen propulsion, has pledged to invest in new technologies to operate a zero carbon fleet by 2050. For this year, CMB has supported certified climate projects in developing countries, acquiring voluntary carbon units in Zambia, Guatemala and India.
OOCL has posted slightly lower year over-year volumes and revenues on transpacific trade amid the US-China trade war. The Cosco-owned liner company posted 495,787 teus for the fourth quarter of 2019, down 1.1% from a year earlier. Full-year volume slipped 0.4% to 1.97bn teus. Revenue for the three-month period fell 5.2% to $635m, while year-to-date revenue gained 5.2% to $2.51bn. (TW)